These are the Top NFT Music Artists Making Waves


Day to day, NFTs are increasingly receiving more attention and interest all around the world. As a result of this growth in popularity, the interaction with the technology is on the rise for both creators and collectors, which in turn leads to an unprecedented amount of innovation and experimentation. These advancements are especially seen in the NFT music space, where more and more creators are starting to challenge the legacy music business structures by implementing new ways of interaction with their fanbase.

As more music artists are entering the scene with innovative utility value offerings to their fans, the community around music NFTs is rapidly growing, further popularizing the technology. While the ecosystem is still getting built, it is important to have a look at the NFT music artists and creators who have been the most prominent and active in driving the music NFT space forward up to date. These artists range from big names seen on Global Charts to smaller underground creators that are all building communal trust around music NFTs and are finding new ways to monetise their craft.

3LAU is a renowned DJ and producer who has been one the early movers and proponents of the NFT space, having sold his first digital collectible in 2020. Last year, he ran a massive campaign to sell his Ultraviolet collection for $11,7million, comprising of 33 different NFTs that included a special edition vinyl copy, digital copies of unreleased songs, as well as a custom-made song which was produced with creative inputs from the buyer himself. He also released a subsequent drop with a famous digital artist Slime Sunday and is still maintaining an active role in the music NFT community. He is one of the founders of the Royal – a marketplace that deals with granting royalty rights from musician’s music to token owners. 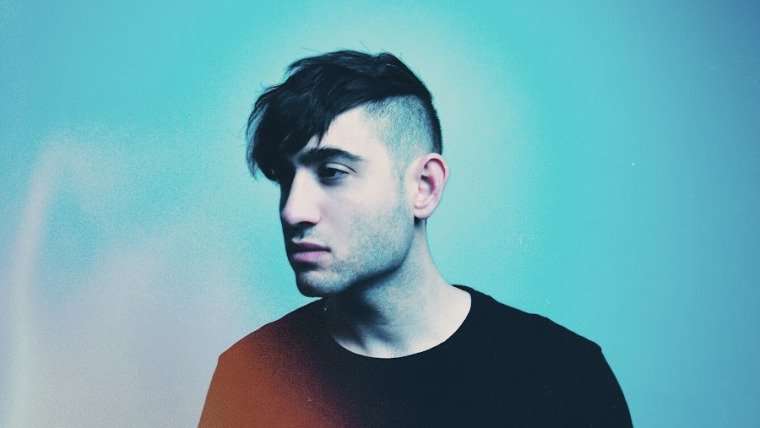 Grimes, the Canadian singer, producer and digital artist has been one of the early vocal supporters of cryptocurrencies and the blockchain technology, so it hasn’t been a surprise for the community to see a 2021 release of the WarNympth Collection that sold on Nifty Gateway for $5,8 million. It consisted of ten exclusive digital artworks, most of them accompanied by her music. Since then Grimes has also been an active and vocal supporter of the developments in the world of music NFTs. 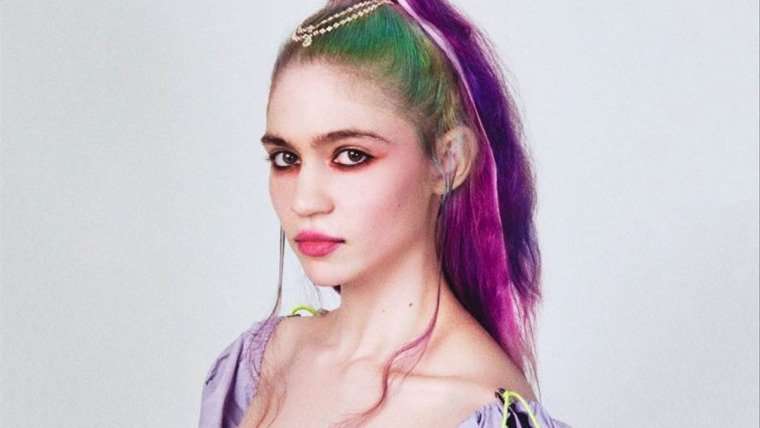 Steve Aoki, a 2X Grammy nominated DJ and producer has also been very eager to popularize NFTs over the last number of years. He has stated numerous times that he makes more money from NFTs than from streaming music royalties, and has worked with digital artists such as Atoni Tudisco and Jason Ebeyer, selling his Dream Catcher collection for 4,25 million. The collection itself was made up of immersive audiovisuals that were limited to 11 unique works. Since the sale of these NFTs, Steve has been an active collector and even paused a gig to show the crowd his recent purchase of a digital NFT of a pink alien. 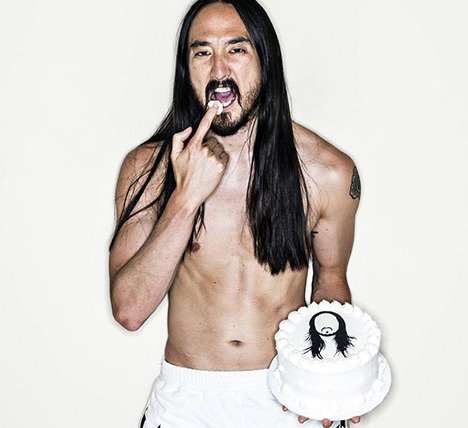 Imogen Heap, a famous British composer and recording artist, is probably one of the first activists in the space of decentralization of the music business. She was advocating for using blockchain to address the issues of the music industry back as far as 2016. An early backer of Ethereum, she is also now active in the space of music NFTs, having released a collection of six audiovisual tokens that also offer a set of live recordings from a live online jam session. She has used most of the proceeds from the sale to donate to environmental charity and offset the carbon footprint of the deal. 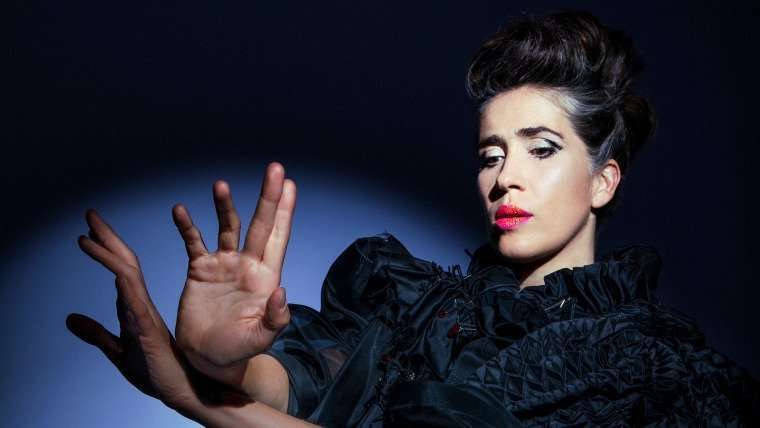 Last year, the Kings of Leon, a legendary Nashville rock band, became the first music artists to do a simultaneous drop of an album on streaming services, as well as an NFT bundle. “When You See Yourself” was a collection consisting of three tokens that included unique and exclusive versions of the album in vinyl, digital artworks and a lifetime concert pass to their show. After selling the collection for $2 million, the band has been active in promoting blockchain technology in music. 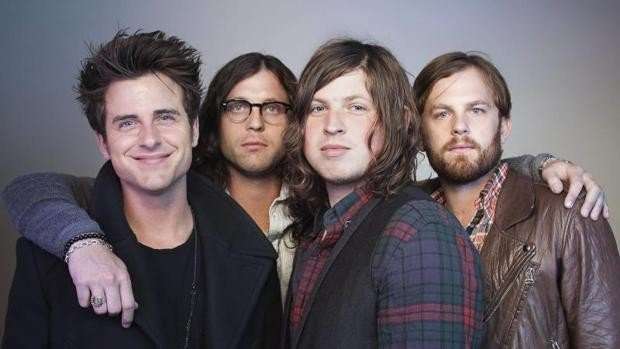 Jacques Greene is an acclaimed Canadian DJ and electronic music producer who has been one of the first-ever musicians to use the NFT to auction off publishing rights to his song “Promise” on top of also becoming an owner of the accompanying audiovisual. The token sold for $23,000 in 2021 and is worth practically twice right now. Despite being a bright mind within the music NFT community, Jacques is currently not minting collections due to underlying concerns about the environment, and is spending his time to tackle this issue. 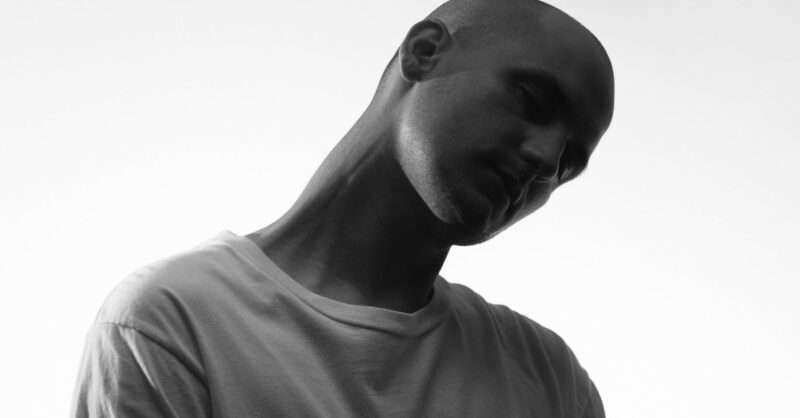 The New Orleans’ rap artist Curren$y has been quite innovative about his endeavor with music NFTs, channeling the celebration of the 420 culture as a main theme for his drop. The tokens were designed to grant ownership of digital models of low-rider cars, exclusive access to his unreleased EP, as well as a guarantee of a hangout in real life and a virtual smoking session with all of the collectors. After selling the collection for a reported $150 thousand, he has remained an active supporter of the technology. 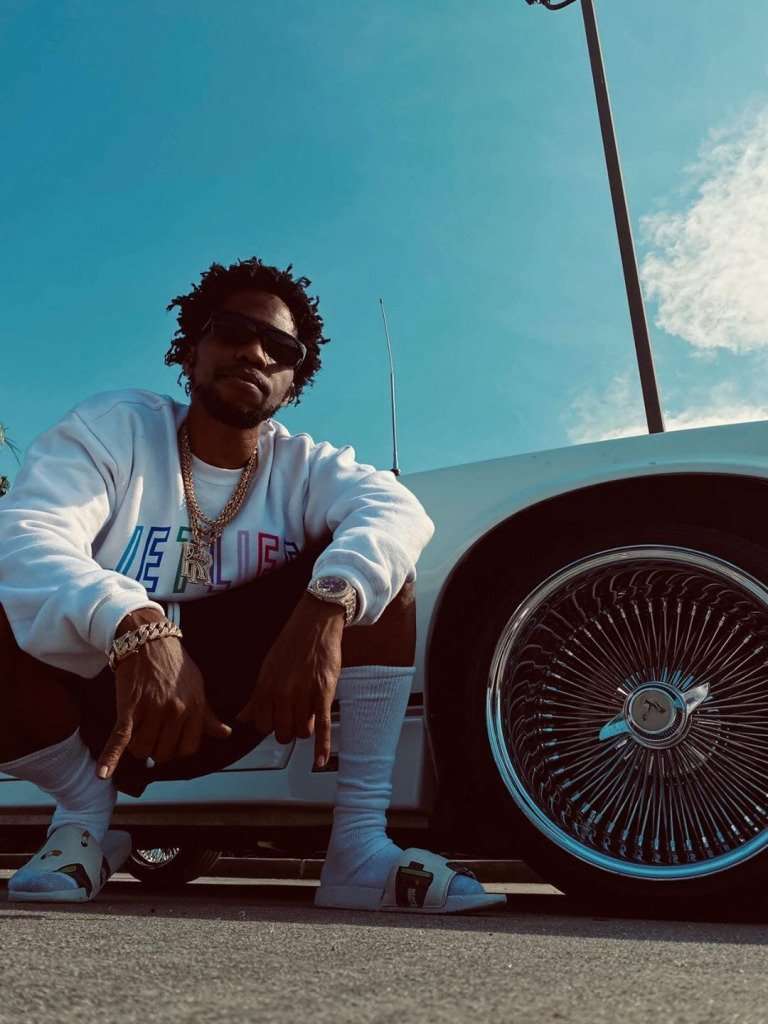 Mick Jenkins is a Chicago-born hip hop artist who has been truly creative in the utility value offered to the fans and collectors. Aside from releasing his two singles as NFTs and advocating for the space, this NFT music artist has collaborated with a Japanese artist Daichi Yamamoto to release an NFT for a music video, as well as the custom made 3D jackets in the virtual blockchain world Cryptovoxels. 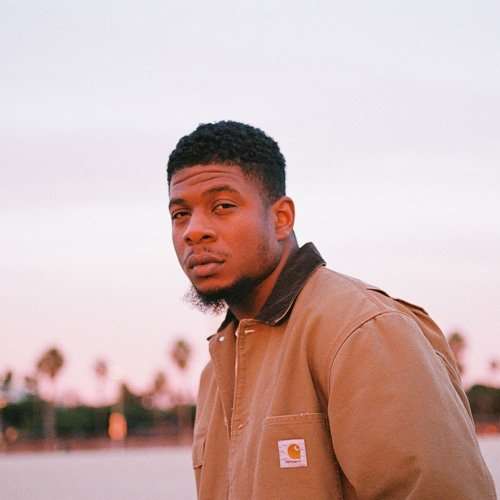 VÉRITÉ is a Brooklyn-based singer and an independent music artist who is truly a prominent presence in the world of music NFTs. She made over ten thousand dollars from selling a token that grants 2,3% of the master recording to her song “By Now” what represents a significant milestone for an artist that is not backed by a record label. Since that moment, VÉRITÉ has been a frequent creator of NFTs, especially on platforms like Catalogue and sounds.xyz. 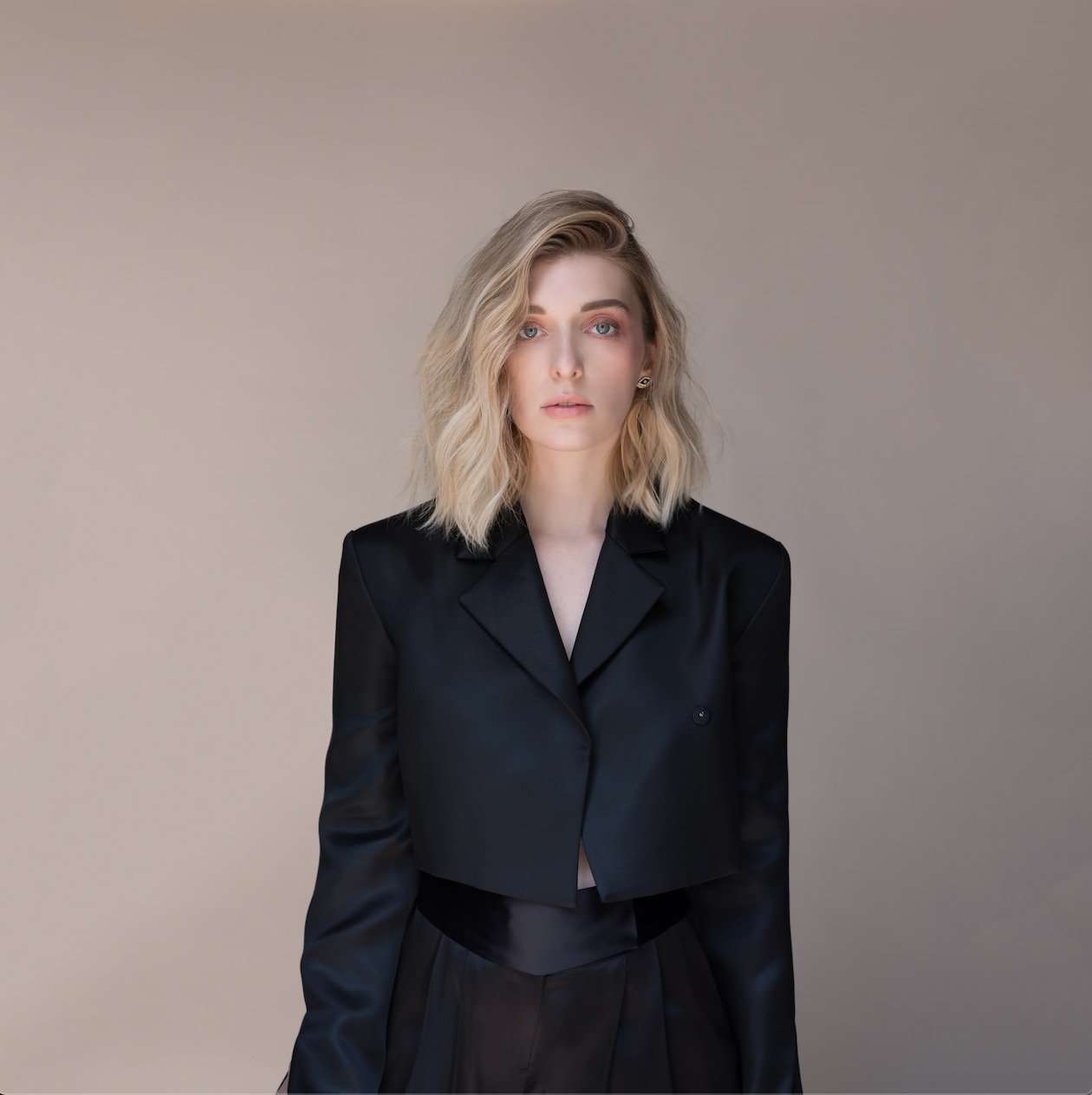 Latasha is a singer and a rapper who is a big advocate and supporter of blockchain and NFTs in music. She has been one of the first artists to mint her music video to a song GOGO WYNE as an exclusive NFT, selling it for $50,000. Since the release she has been a vocal proponent of the advances in music tech and currently spends her time on onboarding and education in the music decentralization space. 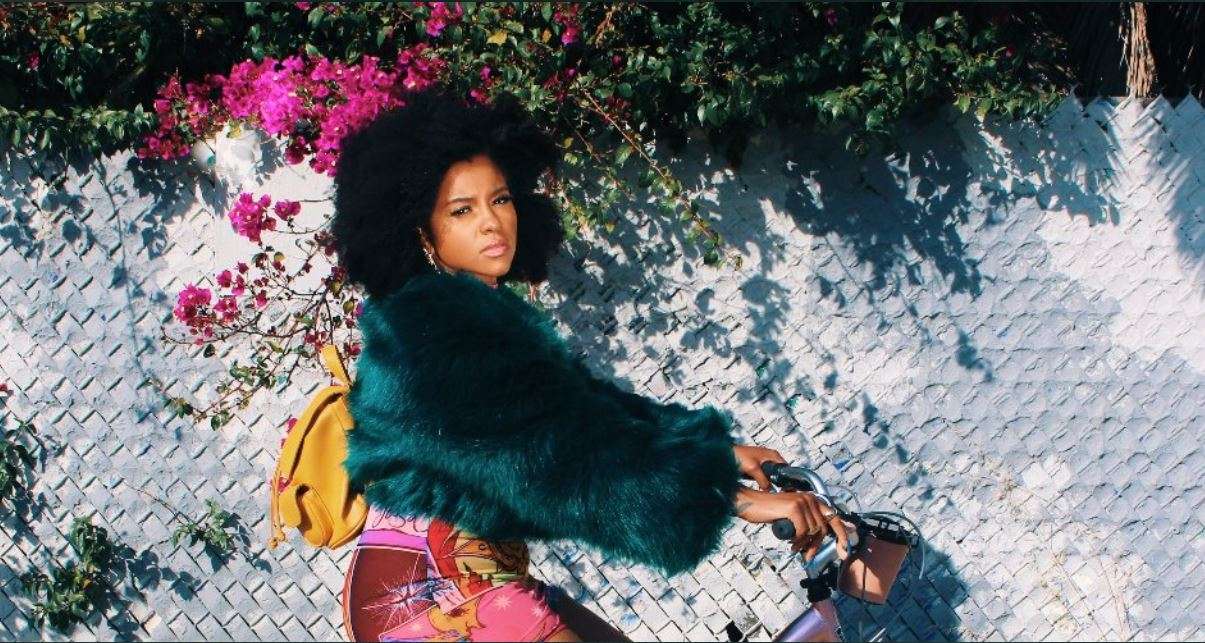 Mig Mora who is more famously known as Spottie WiFi is the world’s first CryptoPunk rapper, who started releasing music from the identity of a CryptoPunk digital NFT he has purchased. He has released a 7 song EP which was limited to 2,000 copies of the NFT, each copy with the right to obtain synching rights for the master recording. Due to a massive influx of interest from the digital art collectors the NFTs sold for $192,000 in about a 60 seconds’ time. This is a perfect example of the strength of the newly forming community around the technology. 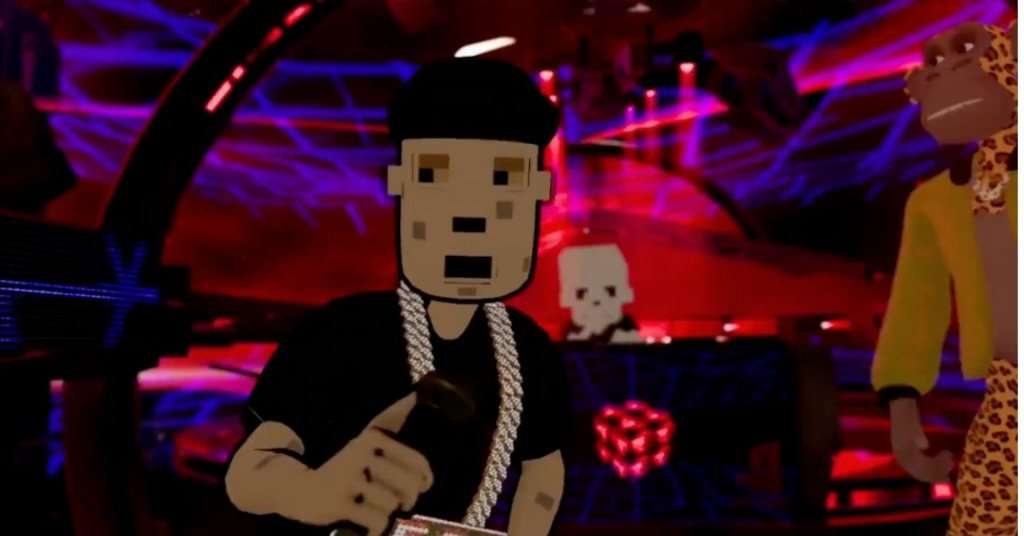 Mike Casey is a jazz saxophonist and producer, known for his cutting edge sound and a fusion of jazz with other modern genres. He is one of the frontrunners of the NFT space within a more niche music genre family, having released several collections on OpenSea. These collections comprised of NFTs of the audiovisual of the album artwork, music videos, and unreleased album digital artworks. 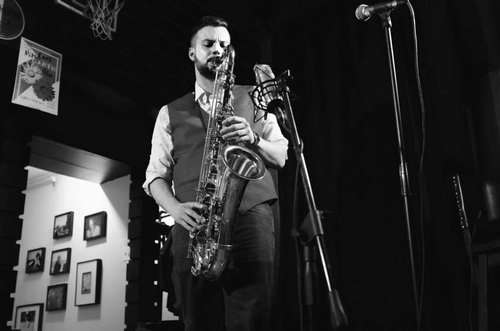 Debby Friday is a Vancouver-based rapper and producer who is known for releasing an NFT bundle for Link Sick – her 42 minute audio play. She is a bright voice and a supporter of the technology, advocating for more experimentation and innovation in this field. 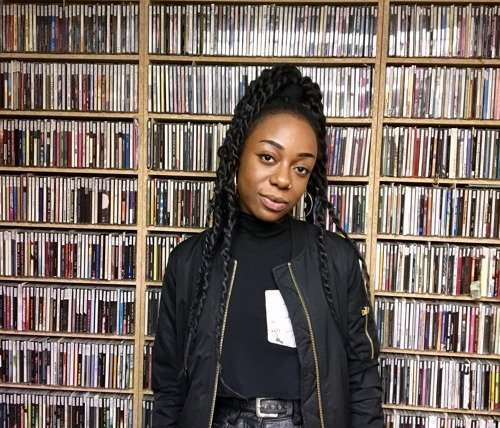 karma.wav is a musician, producer and a community builder in web3 and music. He has released NFTs from his artist alias, as well as karmavioletta – his project with his girlfriend, having also auctioned off a music video NFT to their song “Without You”. He has also been part of the “In Search of Satoshi Nakatomo” digital card game NFT collectible. Apart from releasing music he is certainly an innovator that is concerned with building for the future of web3 and NFTs. For instance he has been one of the organizers of Songcamp – a web3 songwriting camp where the total output of all participants later gets released as a token. He is currently building a social club called wavWRLD, the goal of which is to bridge the intersection of music and web3.

Going forward into 2022 we will see many more creators approaching and interacting with NFTs, social token and DAOs. These creators will be both established big name stars that can use their massive fanbases to further drive the interest to NFT music, and underground artists that are driving the wave of innovation and community building. Much more to wait for this year!

Music data strategist and a music artist. One of the co-founders of the IMA data analytics startup, concerned with identifying trends and spreading awareness about the web3 transition in music.