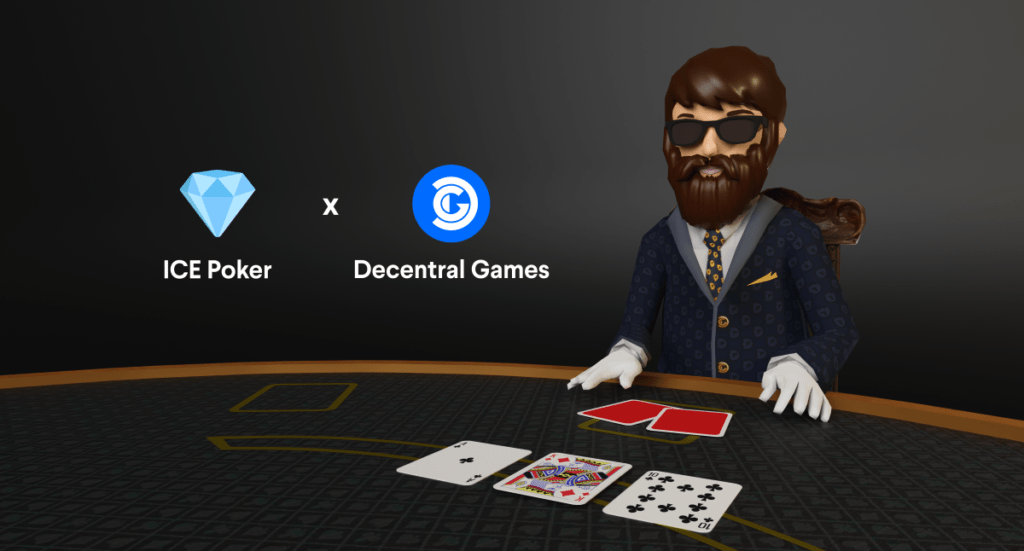 In order to achieve this, the game will make a fundamental switch from the Play-to-Earn (P2E) model to Play-and-Own, rewarding players committed to long-term gameplay and ownership of assets.

According to Matthew Howells-Barby, CMO at Decentral Games, this move will enable the game to scale and ensure that it doesn’t fall into the same money trap we’ve seen countless times in the NFT gaming space.

He said: “The existing Play-to-Earn model is broken. While offering limitless rewards to those that have invested nothing can be incredible for bootstrapping player liquidity, this is unsustainable. We’ve seen this with nearly every major GameFi project that kept this model.”

A new era of ICE Poker

To be clear, the ICE Merge will not impact players who already own wearable NFTs.

Instead, the shift in tokenomics specifically targets delegated players who rent the wearable NFTs required for entering the game.

These players will now earn ‘Banked ICE’ instead of ICE, which can be used to purchase wearables and shine for ICE Poker Sit-n-Go.

Furthermore, Banked ICE holders will still be able to redeem the tokens to ICE, but they will suffer a 70% penalty and require a minimum balance of 6,666 Banked ICE.

Although delegated players account for 90% of the game’s active player base, Decentral Games believes that these players extract value from the game by immediately selling their earned ICE tokens.

In the game’s new era, these players will have the opportunity to own, but less of an opportunity to enter the game, make some fast cash and then leave.

When this happens at scale, a game’s economy suffers as the value of the native token naturally diminishes.

Thus, Decentral Games has addressed this dilemma by taking action and tweaking its tokenomics.

Committed to a long-term future

Although Decentral Games admits that the shift will have a huge impact on the game’s player base, ultimately the game needs more committed, long-term players who are willing to hone their craft in ICE Poker.

Decentral Games CMO Matthew Howells-Barby added: “We’re taking a different approach. Our focus is on the long term and it centers on enabling our players to own in-game assets through their gameplay, while managing the token emissions we create so that the player base can scale without issue. This is what’s going to set us apart over the next 12-18 months.”

Indeed, the shift to Banked ICE creates long-term incentives for players, turning delegation into a path to ownership, and not simply a way to earn short-term money.

According to Decentral Games, this will have a positive impact on ICE dynamics, leaving only effective token sinks to generate value for holders.

Owing to the game’s wearables and shine system, the ICE Poker ecosystem can now move forward with a balanced player economy, where burns are consistently higher than new emissions.

How Will Metaverse Impact the Future of Gaming?