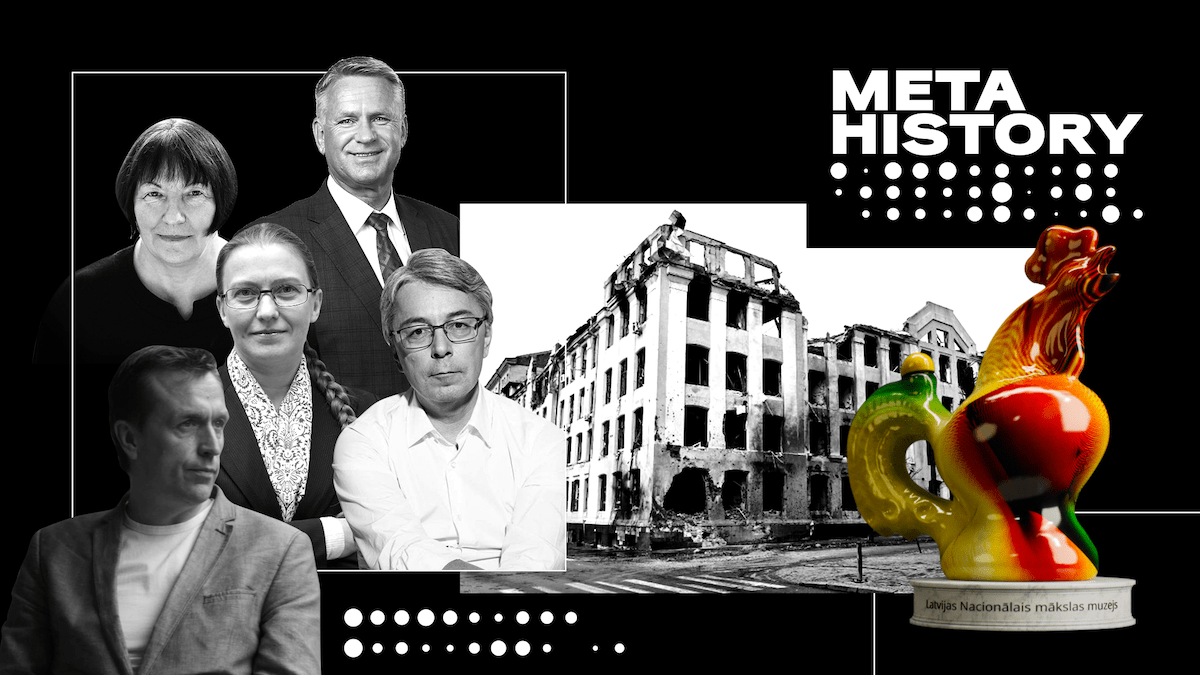 
For each of the 14 museums will be a unique NFT painted in the style of one of the best pictures in its exhibition on a 3D model of the Borodyanskiy Rooster. It’s a digital copy of the famous ceramic piece, which is among the few objects that survived in the Russian occupation in March in a small town near Kyiv. It is already a symbol of the resilience of Ukrainians. And now it will also become a symbol of the nation’s unity. Due to the art language that can be understood without words.

The 3D model’s surface replicates the paintings of famous artists such as Jean-Michel Basquiat, Hieronymus Bosch, Jackson Pollock, Gerhard Richter, Takashi Murakami, Yves Klein, and Andreas Gursky. Every rooster will be presented to the museum where the original picture is kept. Among them are Centre Pompidou, Prado, MoMA, Whitney, Guggenheim, New Museum of Contemporary Art, MCAC, MACBA, NAMU, Berardo, and KUMU.

The first museums that will accept a gift from META HISTORY are the Latvian National Museum of Art — the largest depository of professional art in Latvia — and the National Art Museum of Ukraine — the leading state collection of national art in Ukraine.

The basis for the painting of the Latvian rooster was the work of the well-known contemporary Latvian artist — Gints Gabrāns. His works are exhibited in many museums around the world. From now on, one of his works will represent not only Latvian art but the union of Ukrainian and Latvian cultural heritage. As a symbol of interaction between the two states.

“Accepting this gift, we, first of all, welcome the strengthening of ties with Ukraine as part of the free world. By combining the cultural symbols of the two countries, we are talking about a common future and a dialogue of nations. NFT makes it possible on a completely new level. Thanks to META HISTORY, we see how art can be presented anywhere, at any time and address anyone who understands its language”, — representative of the Latvian National Museum of Art.

“I am delighted to join a project that explores the possibilities of art in the virtual world to support freedom, preserve cultural heritage and revive Ukraine. Art always was a voice that speaks of the essentials. Through META HISTORY we see how it is able to save lives, national values, and truth. And I think it’s an honor to be one of those whose work gives this project the power to get its message out to people around the world”, — Gints Gabrāns, a Latvian artist whose work was used to create the NFT.

Supporting this idea with their participation, prominent museums will show that Ukrainian culture has an important place in the world and the Ukrainian nation among other free nations. The NFTs that make up the collection “Incredible Rooster” will appear on the websites of museums to attract the attention of art lovers to the cultural symbol of the Ukrainian struggle. Click on a banner with the exhibit that will open the page that shows the NFT exhibition and information, about how META HISTORY — the largest charitable NFT project in Ukraine — is helping.

To celebrate that the first 2 museums have already received a gift, META HISTORY is organizing an event in virtual space to be held on September 30th. It will be attended by the Minister of Culture and Information Policy of Ukraine, representatives of museums, and the project team. Participants will discuss the importance of cultural cooperation and the strengthening of connections between countries. And how NFT can become the best tool for intercultural fusion in a meta-space. Guests will also see a virtual exhibition of NFT from the “Incredible Rooster” collection.

“META HISTORY has the potential to become a bridge between Ukrainian and world culture, a powerful tool for creating truth and benefit for the state. Therefore we hope for the support of the project on the highest level in Ukraine. We want it to be presented in the future by the President and the First Lady of the country. In this way it will get the maximum support and collect record sums for charitable purposes”, – VK, founder of the META HISTORY museum.